BUFFALO, NY – The Taste of Buffalo presented by Tops today announced Matthew Testa, a longtime volunteer and Board of Directors member, has been appointed chairman for 2019.

Testa has been a member of the Taste of Buffalo’s all-volunteer board and was a past co-chairman of the event’s Logistics Committee, which is responsible for the year-round planning to stage the largest two-day food festival in the United States. He first began his affiliation with the Taste of Buffalo in 2001, as a volunteer on the Logistics Committee while he was still in college and working overnights stocking shelves at Tops.

“I’m extremely proud and humbled to be named chair this year,” Testa said. “It’s been my pleasure to work with so many committed individuals on the board and at the Taste every July. My goal for 2019 is simple: Continue to grow the event, support local restaurants and give the hundreds of thousands of food fans a weekend that showcases the best of what Western New York’s vibrant culinary scene has to offer.”

Testa is a 2007 graduate of the University at Buffalo where he earned a degree in economics. He serves as KeyBank’s manager of centralized services, where he oversees three teams spread across two states. He, his wife Kristen and their daughter Sydney, reside in Williamsville.

About the Taste of Buffalo presented by Tops

The Taste of Buffalo presented by Tops is the nation's largest two-day food festival, attracting more than 450,000 visitors each year. The 36th annual Taste will take place on July 13 and 14, 2019 along Delaware Avenue in downtown Buffalo. The Taste is a not-for-profit organization with more than 1,000 volunteers helping to put on the annual event. More than $500,000 has been raised at the festival for local charities in addition to five $1,000 scholarships awarded annually to local high school seniors pursuing a culinary or hospitality-related degree. For more information, visit tasteofbuffalo.com, and find us on Facebook, Twitter and Instagram. 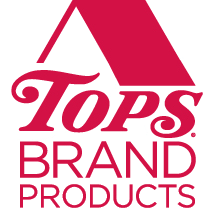